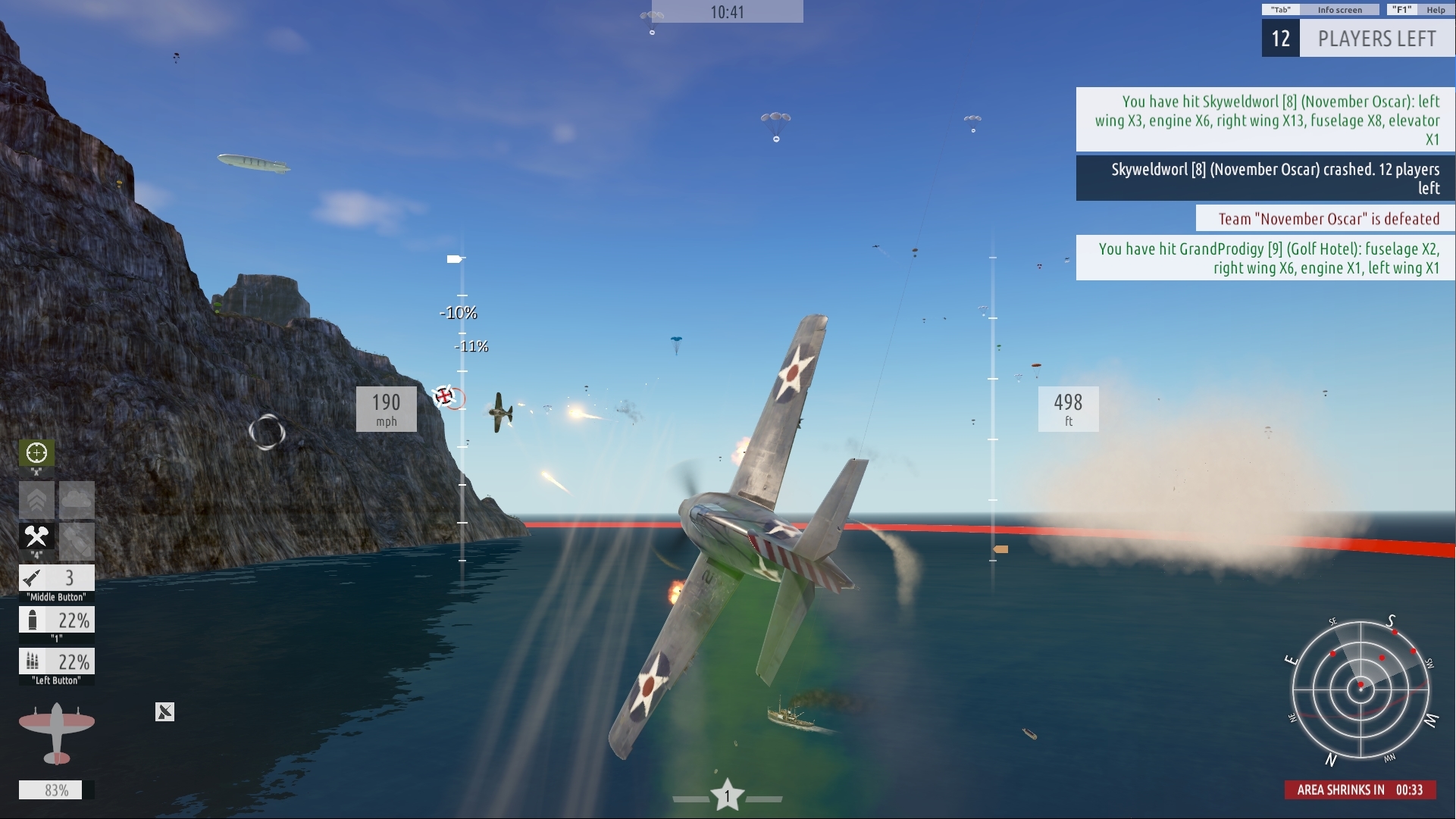 After playing Fighter Royale – Last Ace Flying, many players make favorable comparisons to another arena style game, Player Unknown Battle Ground.  To We think PUBG is a super fun game too. Having said that, our designers saw an opportunity to make a game with a more gradual learning curve compared to PUBG. For those of you who have been taken out by an unseen rear-headshot in PUBG, let’s just say in Fighter Royale – Last Ace Flying you are much more likely to see who knocked you out of the game. Unlike PUBG where your death is unforeseen, we wanted to give new players a better sense of progression and achievement.

We use cookies to give you the best experience on our website. By continuing to browse the site, you are agreeing to our use of cookies. You can change your cookie settings at any time but if you do, you may lose some functionality. More information can be found in our Privacy policy.